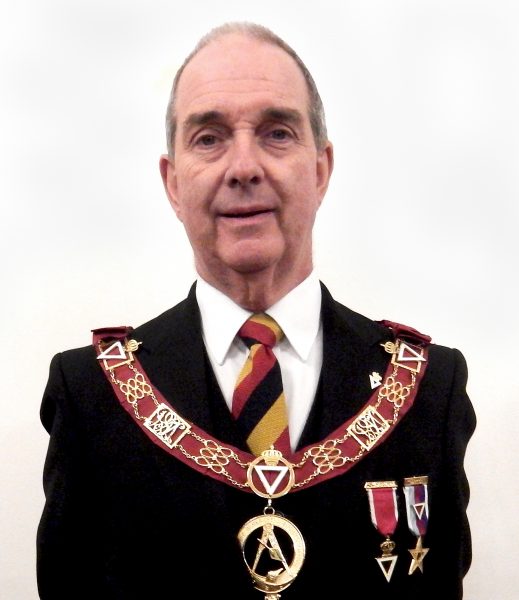 We have suffered a grievous loss in the passing to the Grand Council Above of our District Grand Master, R Ill Comp Nicholas John Murzell.  Nick slipped away peacefully in the early hours of Thursday 1st November at the Duchess of Kent Hospice at Reading, after a brave fight against the cancer which had returned in such virulent form in his last few months.  He was but 70 years old, still with much to offer and to enjoy.

Nick was born on 13th April 1948 and grew up in Dorset.  His father was on the square and Nick was Initiated, aged 30, in Lodge of Friendship and Sincerity No 472 at Shaftsbury.

Nick was an early pioneer in the computer world and studied electronics and IT.  In his personal life he was happily married to his wife Maureen, known affectionately as Mo.  They have two daughters, Kate and Rebecca, who have children of their own.  Nick was a very committed family man and was fortunate that all his family were local to him.

On settling in Berkshire, Nick became active in masonry locally.  He was exalted in Burnham Chapter in Buckinghamshire and became a Founder of Erlegh Mark Lodge at Sindlesham.  Indeed he was in their Chair again last year.

We have lost a wonderful leader and a great friend to us all.